Zodiac Circle - Much confusion exists regarding the creation of the twelve zodiac signs as we know them. Ancient astronomers simply devised the great circle of the zodiac as a means of measuring time.

The Sun takes just over 365 days to complete the rotation of this circle which contains 12 principal constellations.

Ancient cultures noticed that the apparent motion of the Sun always takes place in the same part of the sky.

By making observations, they deduced that every month the Sun travels across a different background of fixed stars.

They then divided the circle into twelve parts, each one bearing the name of the constellation across which the Sun traveled.

Origin of the Zodiac

The result of their observations was the origin of the zodiac. These early astrological symbols have some resemblance to our own, however, the Greeks later gave them other names that correspond to their own mythology which we are more familiar with.

These constellations helped the ancient peoples to organize their universe by allowing them to track the Sun, Moon and planets against the sky.

Every two hours the moving constellations would shift in the sky by one-twelfth of the complete circle. For centuries their observations were focused on the rising and setting of the heavenly bodies in this pattern.

Astrology was born. Ancient astrologers continued to define the meaning of the zodiac and compile information regarding the relationship between events happening on Earth and the planetary influences.

The constellations were assigned names that were suggestive of the patterns they supposedly formed within the sky. Modern observers, will however find that most of the constellations bear no resemblance to the figures that they are supposed to represent.

The signs of the zodiac have the same names as the constellations but for all other purposes the resemblance ends at this point. The constellations are not of equal length and have no definite boundaries unlike the zodiac signs which occupy equal segments.

The great circle that is used by astrologers represents the Sun's apparent path around the Earth. In the course of its apparent motion, the Sun passes through the twelve signs of the zodiac and one such revolution constitutes a Solar year.

Ancient Cultures Used This Circle
As Their Calendar

Ancient civilizations used this circle as their calendar and made daily observations of the heavens and recorded them. With this information they established the sequence of events which took place throughout this Solar year.

Much of the year round activities in their society were determined using this method.


Back to Urban-Astrologer Home from Zodiac Circle 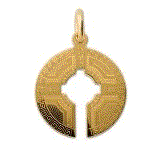 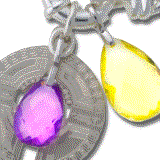 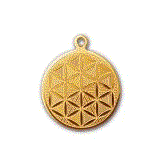