This initial horoscope chart analysis is done and then brought up to the present and projected into the future so that the astrologer can give the individual practical and relevant advice.

Your changing circumstances, periods of restriction or of opportunity, and periods of change and stability are assessed by the astrologer. This type of general prediction is usually referred to as the analysis of future trends.

A transit is the actual movement of a planet through the zodiac from day to day, week to week and year to year.

Transits are signposts that show the way forward into the future, but can only be read in relation to the birth horoscope chart. These transits act as a 'release or trigger' to the potential of the birth chart in an astrology forecast.

Transits can be the key to the psychology of human events. They indicate the unfolding pattern of a person's relationship to his or her environment.

Transits have an important guidance value in making decisions and handling times of crises. They are useful in understanding the psychological reactions of others and in the timing of actions and attitudes that affect important personal relationships. 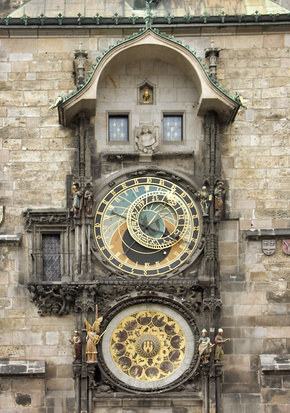 Astrology as a Forecasting Tool

Astrologers generally forecast tendencies rather than specific events except when the indications are especially strong. It simply provides a map offering insightful direction. Free will is always the Captain of the ship.

So when it comes to astrology forecasts, major events can also show up on the horizon when studying a birth horoscope and the movement of the planets. It is usually a fairly simple matter to pinpoint career or major partnership changes and domestic moves by looking at what sections of the individual birth chart are affected.

The slower a planet moves the longer lasting the event it signifies. Faster moving planets have a less profound significance. However, major events usually happen when slow and fast moving transits are simultaneously strong.

The transits of the slower-moving planets (Jupiter, Saturn, Uranus, Neptune and Pluto) indicate long-range trends which can be of major significance.

The faster-moving planets (Sun,Moon,Mercury,Venus and Mars) indicate day to day changes in mood and attitude. They act as timing factors in determining the significant events indicated by the slower moving planets.

With astrology forecasts you can see it really is analysis first, followed by a look at prediction and trends which also provides an analysis component. The steps of the process will then provide an accurate reflection of everything going on in the birth-chart in conjunction with current and future trends.

Back to Urban-Astrologer Home Page from Astrology Forecasts 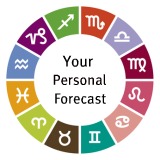 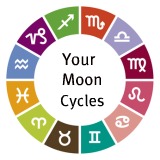 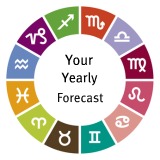