An astrologer's first step in prediction consists of analyzing the patterns of an individual's horoscope. This analysis is then brought up to the present and projected into the future so that the astrologer can give the invididual practical and relevant advice.

The individual's changing circumstances, periods of restriction or of opportunity, and periods of change and stability are assessed by the astrologer. This type of general prediction is usually referred to as the analysis of future trends.

Transits Are Signposts
On Your Journey Through Life

A transit is the actual movement of a planet through the zodiac from day to day, week to week and year to year.

Transits are signposts that show the way forward into the future, but can only be read in relation to the birth horoscope chart. These transits act as a 'release' or 'trigger' to the potential of the birthchart.

Transits can be the key to the psychology of human events. They indicate the unfolding pattern of a person's relationship to his or her environment.

Transits have an important guidance value in making decisions and handling times of crises. They are useful in understanding the psychological reactions of others and in the timing of actions and attitudes that affect important personal relationships.

Astrologers generally forecast tendencies rather than specific event except when the indications are especially strong.

Major events may also be predicted. It is usually a fairly simple matter to pinpoint career or major partnership changes and domestic moves together with the approximate date or dates, when these are likely to occur.

The slower a planet moves the longer lasting the event is signifies. Faster moving planets have less profound significance. However, major events usually happen when slow and fast moving transits are simultaneously strong.

The transits of the slower-moving planets (Jupiter, Saturn, Uranus, Neptune and Pluto) indicated long-range trends which can be of major significance.

The faster moving planets (Sun,Moon,Mercury, Venus and Mars) indicated day to day changes in mood and attitude. They act as timing factors in determining the significant events indicated by the slower moving planets.

Return to Urban-Astrologer Home Page from Prediction Versus Analysis

CURRENT MOON
about the moon 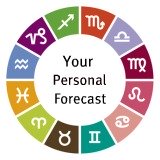 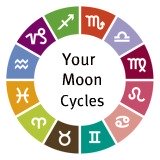 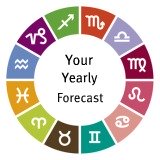